Electrifying Los Angeles One Ride At A Time

EVs are becoming more and more popular, and there is one state in the union that is leading the country in new EV and EVSE technology. California leads the race to make the U.S. a leader in the industry, as it has continued to lead green innovations and technology for decades.

According to EverCharge.net, today more than 4% of its entire automotive fleet is electric. To put California’s leading edge in perspective, that amounts to 342,000 vehicles. New York comes in second, making EV advancement as part of their commitment to sustainability.

California set a goal to have 1.5 million electric vehicles on the road by 2025, and it appears they are not only likely to succeed, but may surpass their goal and achieve 5 million EVs on the road by 2030. San Matteo Assemblyman Phil Ting and the state of California not only want to slash greenhouse emissions by 40% in the next 13 years, but he also plans to ban gasoline-fueled vehicles by 2040.

California has made statistics that seemed impossible to achieve, easy to surpass, but how?

How Has California Led the Way to a Greener Future?
There are many different reasons California has become the leader of EV and EVSE advancement–from being at the forefront of innovation to the warm weather. California is home to cutting-edge technology, state and local governments which are committed to a greener future, and a population that has been dedicated to a more environmental future since the 1960’s. California is leading the way in rebates and discounts that make adoption even easier.

Technology
The home of Silicone Valley, California is a national leader in cutting-edge technology. According to the L.A. County Economic Development Corporation, 119,700 L.A. area workers are employed in the EV industry, while registration of Zero Emissions Vehicles (ZEVs) has risen 84%.

L.A. tends toward “clustered” communities, such as green communities—a geographical area in which the people who work in technology and innovation all live near each other, where most people drive EVs and require EVSE, enabling those around them to adopt EVs as well.

California is also home to electric vehicle manufacturers from Tesla to Faraday Motor Works, with newer, greener, and cooler innovations popping up on a regular basis.

Sustainability Focused Public Policy
Governmental rules and regulations, as well as a commitment from the government and public utilities to build EVSE infrastructure in the state, has certainly helped the state lead the green revolution.

According to NRDC.com, the California Public Utilities Commission has approved a $436 million green program in southern California. The money is earmarked for installing EV chargers in areas where cars park for long hours, from corporate garages to public parking lots to apartment building spaces; additionally, money will help fund public education about EVs.

The California Energy Commission is sponsoring the California Electric Vehicle Infrastructure Project (CALeVIP) in San Diego to build EVSE infrastructure to support EV adoption. Blink is supporting these initiatives and others through campaigns like ElectrifySoCal.

Southern California’s Charge Ready 2 program builds upon its initial Charge Ready pilot program, started in 2016. According to the site, the new program sets out “three pillars for expanding access to EV infrastructure: 1) the Make-Ready Infrastructure Expansion; 2) the Own and Operate Component; and 3) the New Construction Rebate.” The Make-Ready Infrastructure Expansion program has $364 million to “install the electrical infrastructure necessary to support approximately 22,000 charging ports at apartments, workplaces, and destination centers.”

California has also begun an initiative to make all trucks- from medium duty models to big rigs- electric by 2024. “California is once again leading the nation in the fight to make our air cleaner, becoming the first place in the world to mandate zero-emission trucks by 2045,” according to Governor Gavin Newsom.

People Committed to a Greener Future
California has a population dedicated to environmental improvement. Having a constituency, which continually votes in favor of green measures, helps move the state move forward. Friend groups and social clubs, just like clustered communities, link EV drivers together in big cities, helping each other find EVSE and encouraging adoption of green tech in other neighboring communities. The EV community is welcoming and wants to help drive adoption forward.

One such group, the Tesla Club SoCal, brings Tesla owners together. Founder Marty Morrise’s love of cars goes back to her childhood, and her love of Tesla began the moment she saw one! Now the club has over 900 members, and is one of Tesla’s biggest clubs in the country.

A mix of tech and sustainability focused residents, political leaders, and businesses, has helped drive southern California to the top of the EV industry. It also serves as a blueprint for New York, Miami, and other cities nationwide looking to give the City of Angels some competition.

Making Adoption Easy
The California Public Utilities Commission is providing incentives to make EV adoption easier than ever. CPUC has approved time-of-use (TOU) energy rates for EV users to provide information about when is the least expensive and best time to re-fuel when electricity rates are stable and at their lowest. Southern California Edison offers a Clean Fuel Rewards program that allows EV buyers to get $1,000 back if they are SCE customers.

California is currently offering state incentives of $2,000 back for purchase of EVs, and up to $4,500 for drivers who meet vehicle and income requirements. California is partly focusing on increasing rebates in lower income communities to increase air quality in those areas and cut down on disease.

According to Greenlining.org, The Cars 4 All Program helps provide incentives for “lower-income consumers living in and near disadvantaged communities who scrap their old vehicles and purchase new or used hybrid, plug-in hybrid, or fully-electric replacement vehicles.” Incentives are also available for installing home vehicle charging infrastructure!

Southern California leads the nation in EV adoption and EVSE infrastructure, making adoption of electric vehicles and a greener lifestyle easier to attain for everyone. 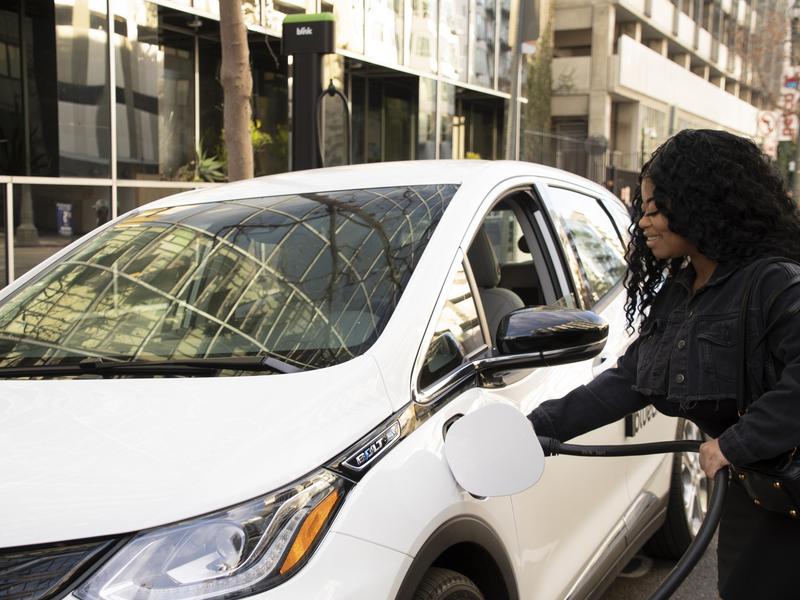 Recharge Your Batteries In More Ways Than One